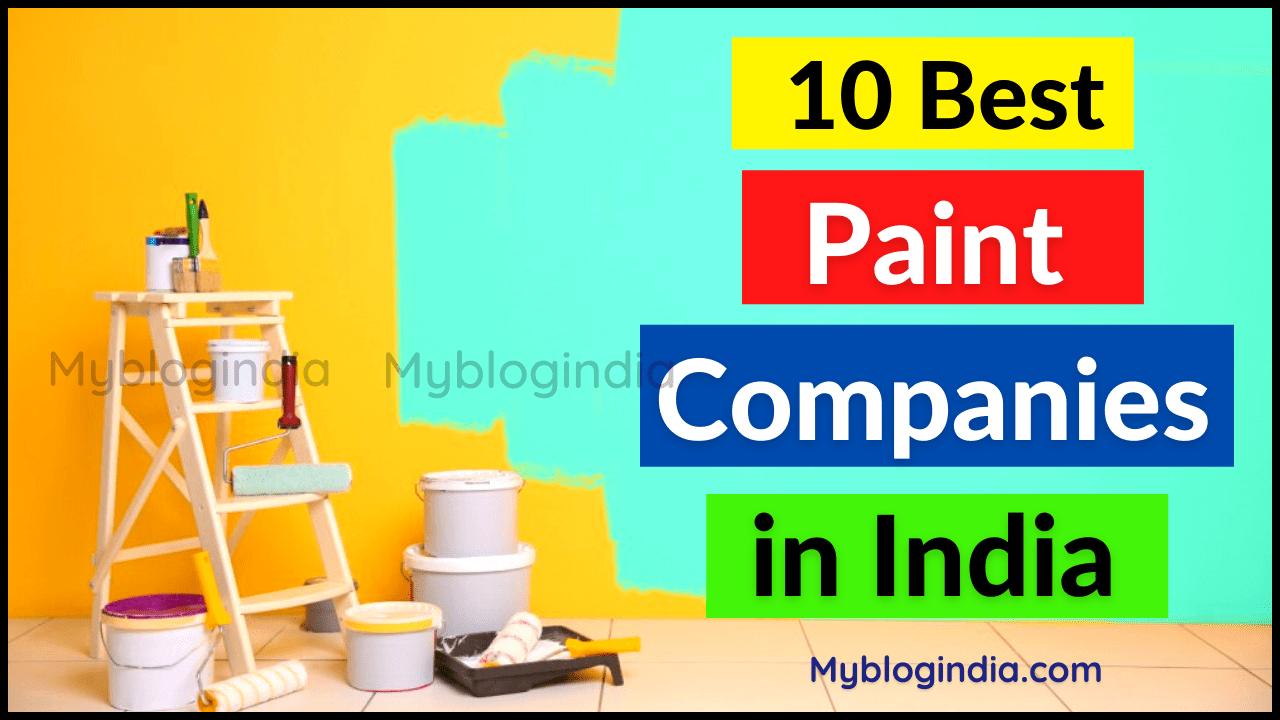 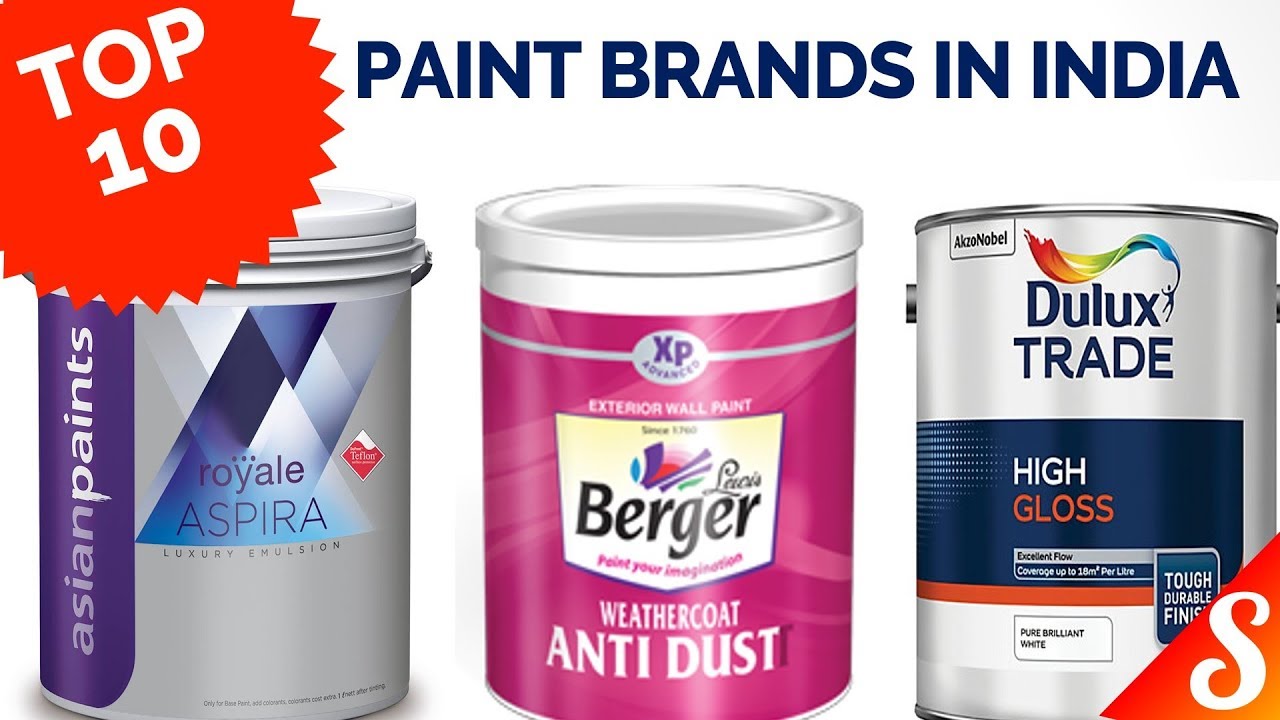 Here is the list of top 10 paints companies in India. 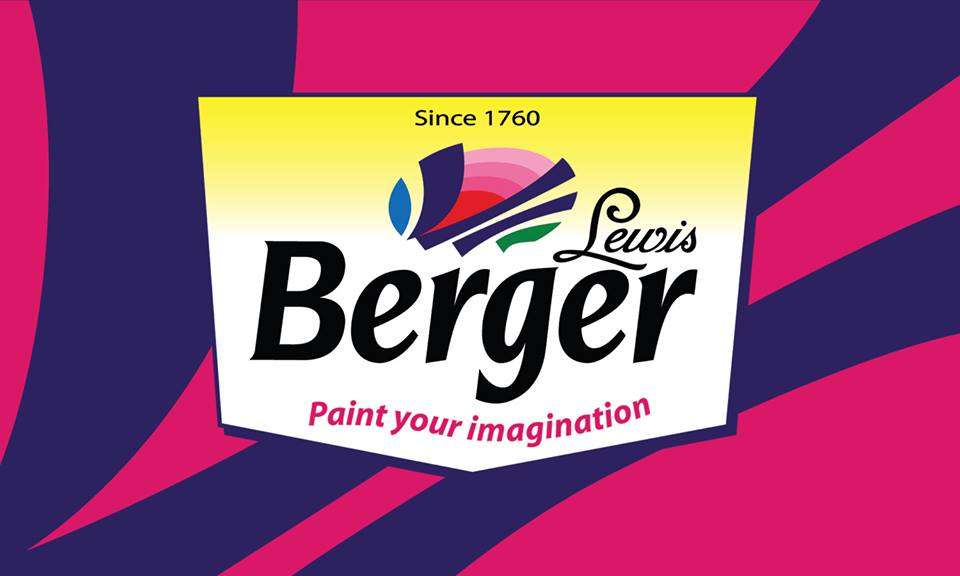 Berger Paints India is based in Kolkata and has 16 strategically situated manufacturing plants (including subsidiaries) in India, two in Nepal, one each in Poland and Russia, and approximately 162 stock locations. In addition, the company has a presence in four different nations (Nepal, Bangladesh, Poland, and Russia).

Berger Paints India Limited is the country’s second-largest paint firm, with a track record of being one of the country’s fastest expanding. With over 3450 employees (excluding subsidiaries) and a nationwide distribution network of over 25,000 dealers. The company is ranked 2nd in India’s top 10 paint companies by turnover.

SRK was named Nerolac’s brand ambassador. In 1986, GNPL inked a TAA in Osaka with Kansai Paints Co. Ltd. of Japan for the production of Cathodic Electrodeposition Primer and other advanced coatings for automotive products. GNPL was the first company in India to implement this technology. 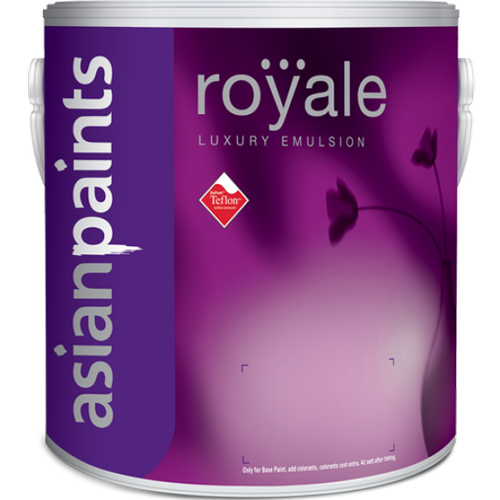 All four together started the company as a partnership firm that wished to make this company the world’s biggest paint company at that time. The company is headquartered in Mumbai, India.

Asian paint with a turnover of 193.50 billion is no 1 paint company in India. Asian paints manufacture varieties of paints for decoration and Industrial use.

Aian paint is the holding company of Berger International. The company operates in 19 countries and it has started an academy named Asian paint colour academy which offers a training program for paint applicators.

One new thing about Asian paint is that it is trying to implement new concepts like Colour worlds, Home solutions, colour next and Kid’s world across the nation.

Nippon Paint India Pvt Ltd is a paint and product manufacturer based in India. It is the world’s seventh-largest paint maker and a top paint company.

Jujiro Moteki and Komyosha formed the company in the year 1881. The firm makes high-quality paints and coatings for the automotive, industrial, and ornamental industries. Marine coatings, automotive coatings, industrial coatings, and fine chemicals are among the company’s environmentally friendly goods.

Nippon Paint was Japan’s first paint manufacturing company, founded in 1881 by brothers Haruta and Jujiro Moteki as ‘Komyosha’. Osaka is the company’s headquarters.

Snowcem Paints offers the new spectrum of colors for both interior and exterior. The Indian paint company into the business of eco friendly paints and one of the most trusted brand in the industry. Best Paint Companies in India

Indigo Paints had a humble beginning when it was founded in the year 2000. It began by producing low-cost Cement paints and gradually expanded its product line to include most types of water-based paints, such as Exterior Emulsions, Interior Emulsions, Distempers, Primers, and so on.

Indigo Paints first opened its doors in March of 2000. It is one of India’s top ten paint companies. Pune is the company’s headquarters. Interior emulsions, exterior emulsions, enamels, putties, primers, and other products are available from the major paint firm.

Today, the company is regarded as one of the most formidable competitors in the Indian paint market, with a reputation for being an inventive paint maker that continues to introduce novel products not before available in the country. 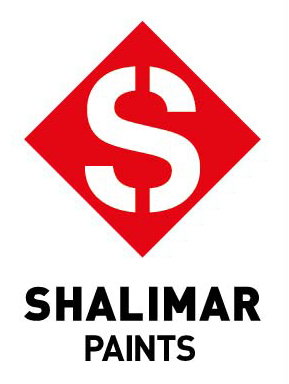 Shalimar Paints Ltd was established in 1902. The company’s headquarters are in Gurgaon, Haryana. AC Turner and AC Wright are the founders. Industrial coatings and ornamental paints are manufactured and distributed by the company.

In 1992, the company opened its second manufacturing site in Nashik, Maharashtra, to serve the Western region as it expanded its influence across India. In 2002, Shalimar Paints opened its third manufacturing plant in Sikandrabad, Uttar Pradesh. 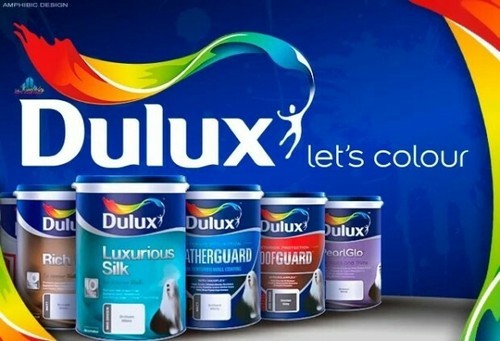 Dulux paints are a pioneer in the paint industry, having been in operation for almost a century. AkzoNobel Group purchased the company. The company’s headquarters are in Gurgaon, Haryana. In India, the corporation operates 75 warehouses.

Dulux is a widely distributed brand of the company’s Decorative coatings sector. It is regarded as one of India’s leading paint manufacturers. J&N Paints was founded in India in the year 1922. It was founded in 1821 in London by John Jenson and Wilfred Nicholson. Its headquarters are in Gurgaon, Haryana, and it is India’s second oldest paint firm. The firm specialises in architectural, industrial, and protective materials.

JNIL is the first Indian firm to join the exclusive Nova Paint Club, ensuring that it has access to cutting-edge technology and cutting-edge manufacturing facilities.

In 1955, the business was the first in India to introduce plastic emulsion paints, and in 1986, powder coating technology. Exterior, Interior, Metal, Wood, Undercoats, Industrial, and Designer finishes are all available from the company. 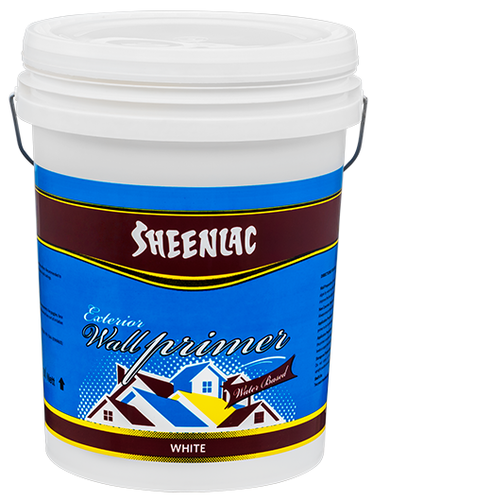 For the first time, the company is credited with producing non-alcoholic wood polish and packaging thinners in recyclable PET (Polyethylene Terephthalate) bottles. Automotive paints, wood treatments, and decorative paints are all popular at Sheenlac Paints.

Which is the No 1 paint company in India?

Which brand of paint is best in India?

Which paint is the best in world?

Which country makes the best paint?

Which color is lucky for home?

Yellow, white and green are the best room colors. In the living room, we should always use some light, soothing colors like light yellow, white or light green.