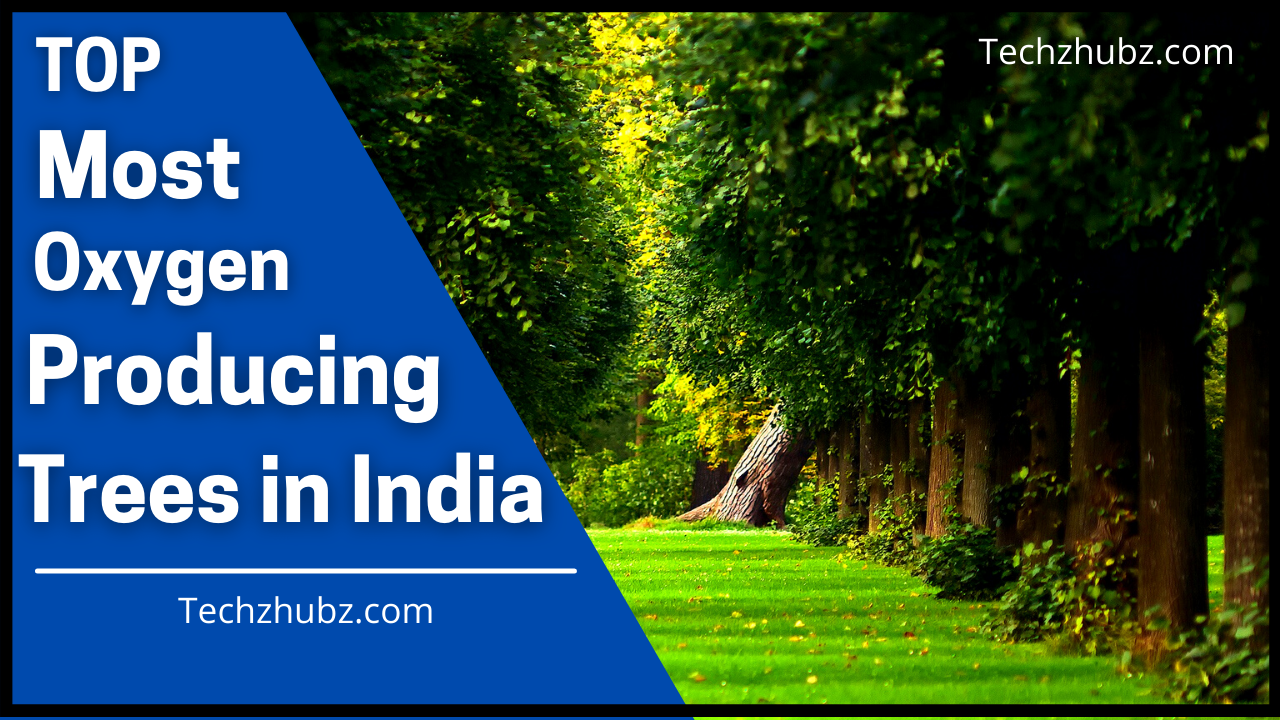 Hello Readers Welcome to our new post, in this post you get to know about Top 10 Most Oxygen Producing Trees in India, All trees use carbon dioxide during photosynthesis and release back oxygen in their course. They release oxygen into the air and store energy within their glucose molecules. 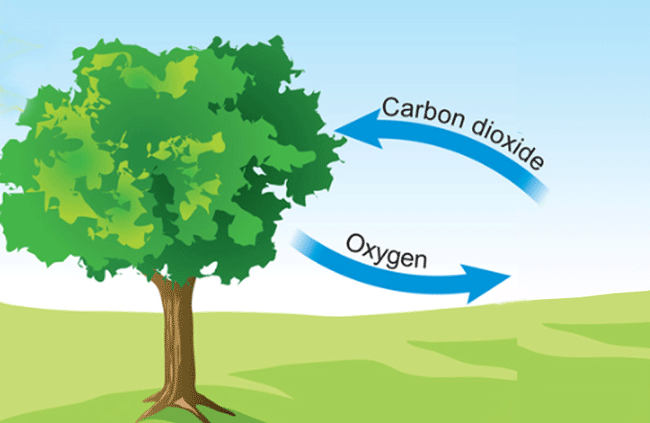 As you known, Trees release oxygen and big leafy trees like Peepal, Banyan and Arjuna release more oxygen. They are very important for the environment and now for our lives. So, it would be best if you had to plant as many trees as you can at these times. Top 10 Most Oxygen Producing Trees in India

Here is the list of some of the well known oxygen producing trees in India, sacred and fruitful. 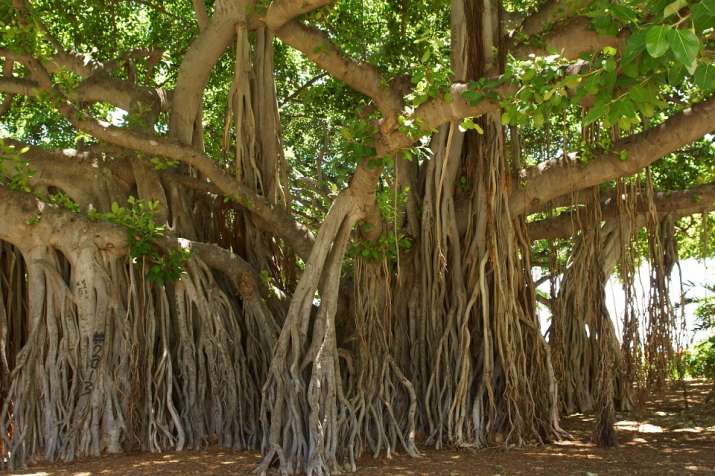 The national tree of India and also referred to as the old mighty tree, the banyan tree is popularly known for its ability to emit a large amount of oxygen.

absorb CO2 and release oxygen. The Great Banyan found in Kolkata is the largest banyan tree in the world along with Thimmamma Marrimanu and Dodda Aalada Mara. Under this tree, Adinath had attained knowledge. It is one of the best oxygen-producing trees and provides a large canopy of shade. 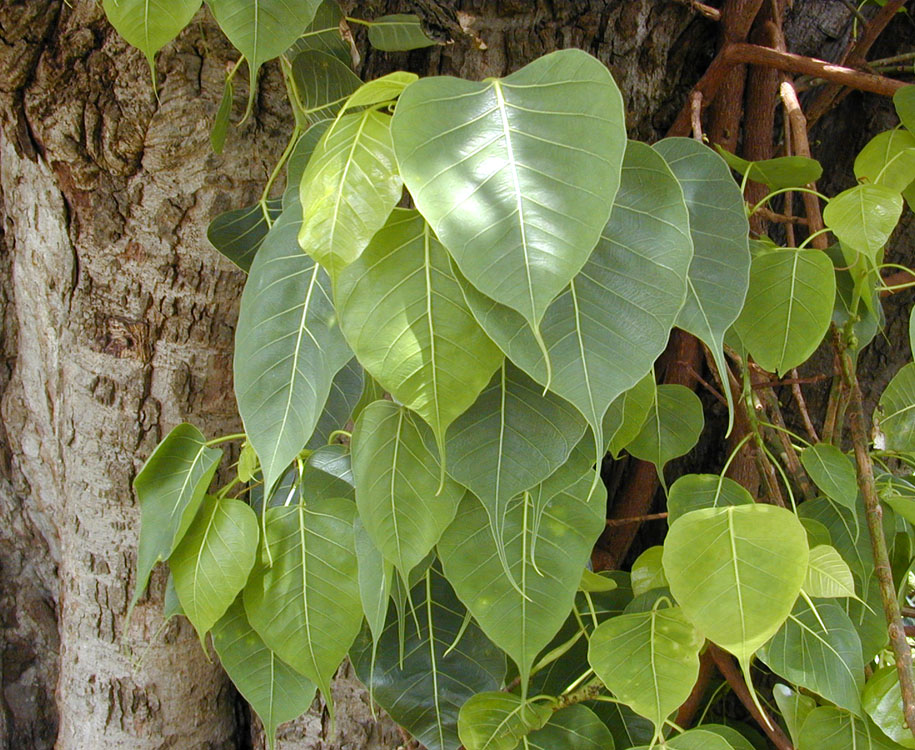 One of the most popular trees that emit oxygen in the air is the Peepal tree. This tree is also known as Pipal, Peepul, Bodhi Vriksha, Pippol, Ashwathama, Arayal, Plaksha, Arayal, Ravichettu, Pippalam, Piplo, and Aralimara in different languages. It has a great place in Buddhism, Jainism and Hinduism.

It absorbs CO2 and emits oxygen round the clock to clean the air. The tree is a trendy environment-friendly tree. 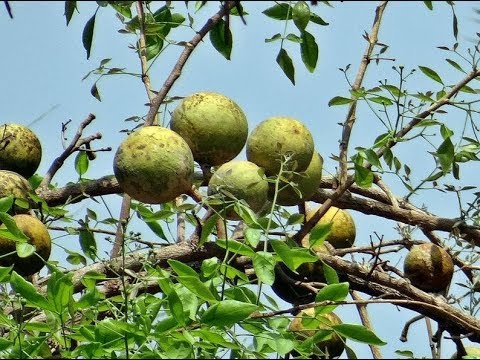 Bael tree is a source of herbs along with medicinal values from its fruit, leaves, flowers and root. The three-leafed leaf tree is the crown of lord Shiva, found everywhere in India and gives oxygen and purifies the air all the time.

This oxygen tree purifies the air and ensures a steady flow of oxygen in the existence of sunlight. 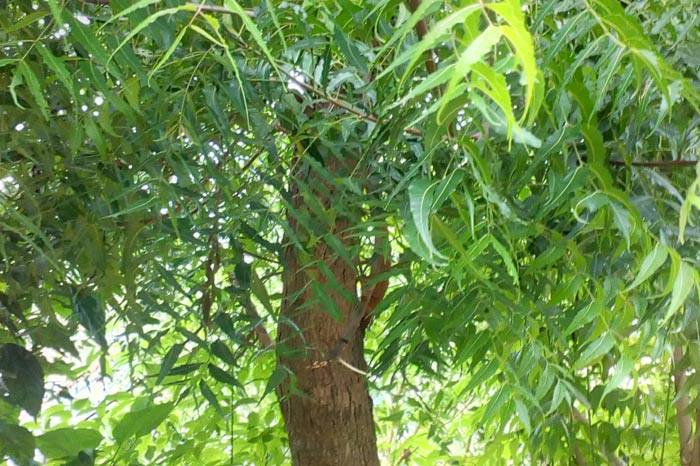 Neem is native to India. It’s a natural plant that may function as a pure air conditioner. These trees may consume different pollutants such as CO2, sulfur dioxide, and sulfur in the atmosphere, which makes oxygen out from massive amounts due to their larger leaves.

The seeds and fruits are the major sources of neem oil. Its leaves, bark, and stems are also widely used in Indian traditional medicines. 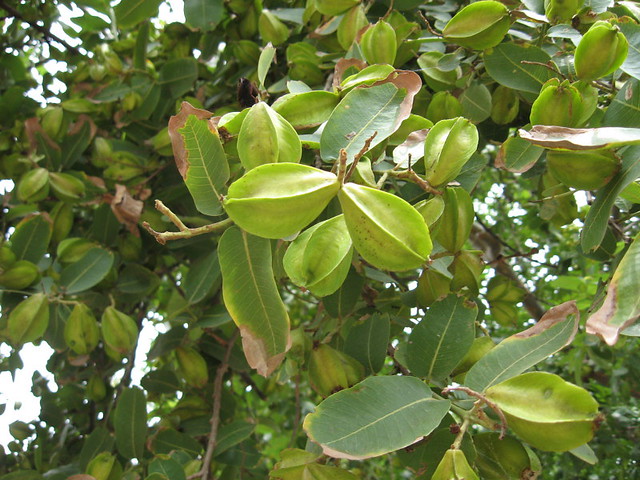 Arjuna is the Indian subcontinent’s most popular medicinal plant, also found in Sri Lanka, Pakistan, Myanmar, and Mauritius. The bark decoction is used in various kinds of medicines in India since ancient times. It acts as an antioxidant, antimicrobial, anti-inflammatory, and reduces the risk of heart-related difficulties.

Its medicinal value is well-accounted for by modern researchers. The arjuna tree nickname as “Guardian of the heart” and leaves are fed by tasar silkworm and produces the tassar silk. 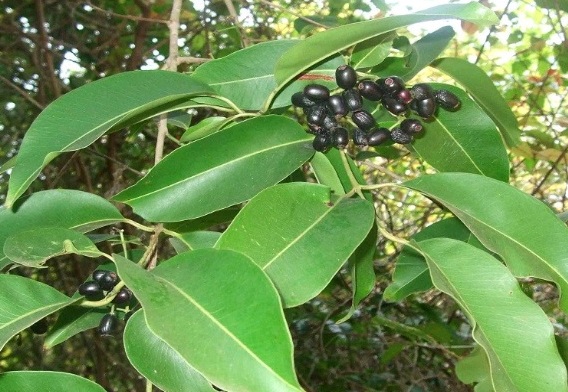 Jamun or black plum tree is native to the Indian Subcontinent, Leaves are sacred and used in marriage pandal decorations in India. Indian black plums are sweet or slightly acidic flavor and are eaten by humans as well as various native birds and animals.

The berries are also used to make traditional wine, medicine and used as cooling agents. 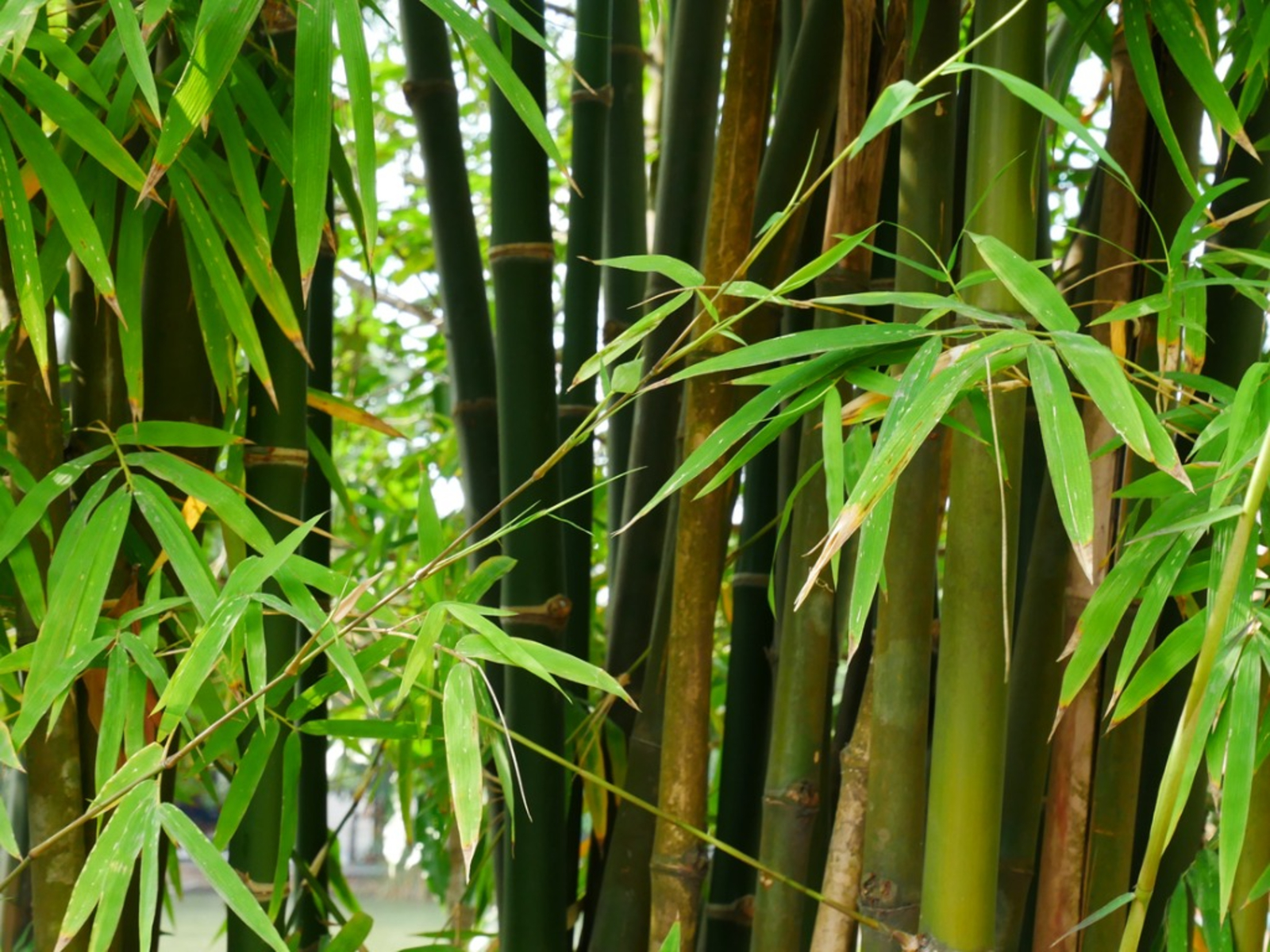 Known as a natural air purifier, a bamboo plant can produce more than 70 tons of oxygen and absorb 80 tons of carbon dioxide per acre per year. Even though bamboo is essentially a grass plant, due to its large woody structure and very tree-like appearance, they are often called bamboo trees.

Bamboos have a reputation to live for as long as 120 years. Having their origin in China, they are used to make everyday household tools. Bamboos are known for their ability to withstand harsh conditions.

A closer study of the atomic bombings in Hiroshima revealed that bamboos could survive even an atomic radiation tragedy. A grove of bamboos has the ability to release 35% more oxygen than other groups of trees. 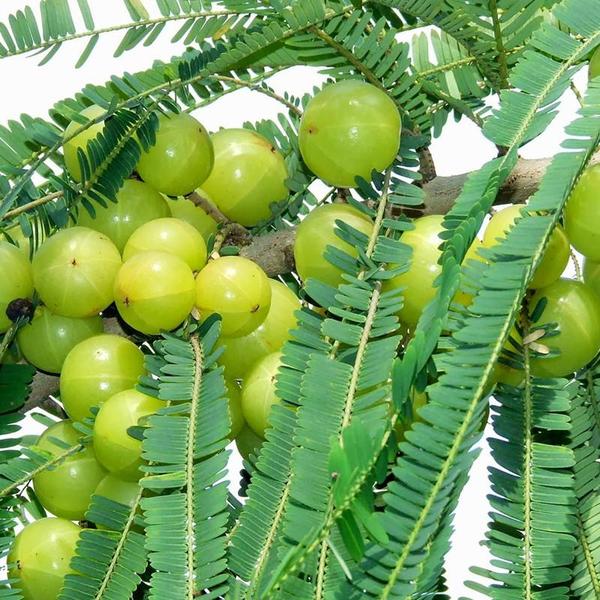 Amla or amalaki tree best known for edible fruit, All the parts of the Amla tree are used in Ayurvedic Indian medicine and also herbal preparations. Indian gooseberry fruits are primary ingredient in rasayana called Chyawanprash and Triphala (Amla, Harad and Bahera). 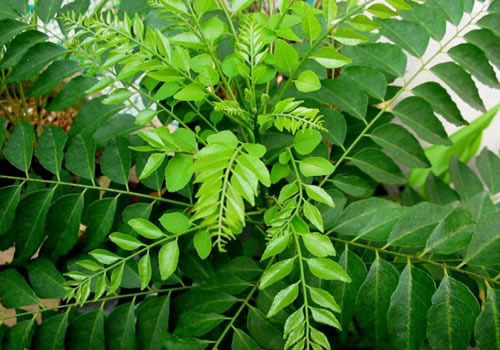 Native to India, it is also one of the most commonly grown trees in Indian households that are not only used for cooking but also for improving the air quality around it. These are usually small trees with white flowers and aromatic leaves.

These trees are not only an indispensable part of Indian cuisine but also an essential ingredient in traditional medicines. Like every other tree that has a high rate of oxygen emission, 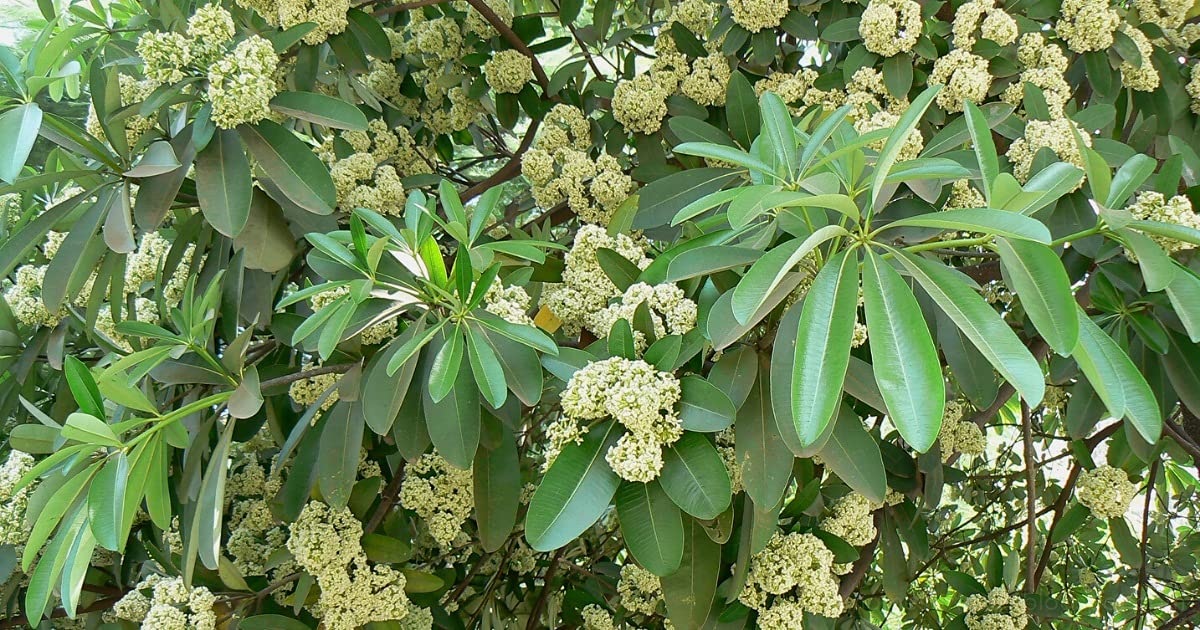 These trees can be found in large quantities in the subcontinent while its wood is used to make wooden slaves for children. Hence the tree also derived the name the ‘blackboard tree’.

Research has proven that these trees improve the air quality by removing pollutants and replacing them with fresh oxygen.

If you’ve any thoughts on the Top 10 Most Oxygen Producing Trees in India then feels free to drop it in the below comment box. Keep visiting our website: Techzhubz for new updates.

I hope you like this post so please share it on your social media handles & Friends. Don’t forget to subscribe to our newsletter to get new updates related to the posts, Thanks for reading this article till the end. Best Brands of Wrist Watches in India. Top 10 Most Oxygen Producing Trees in India